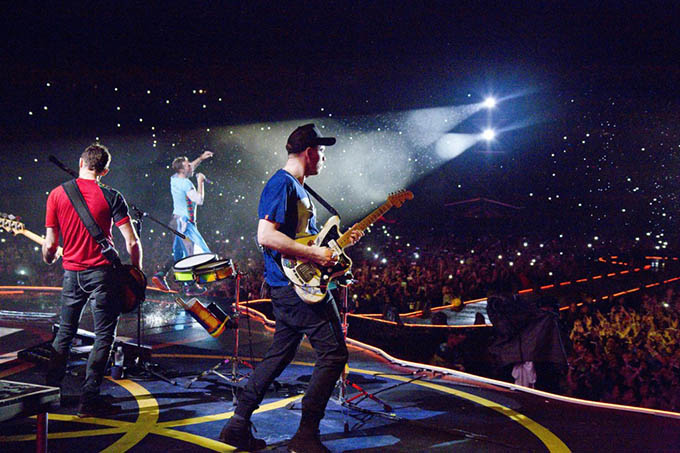 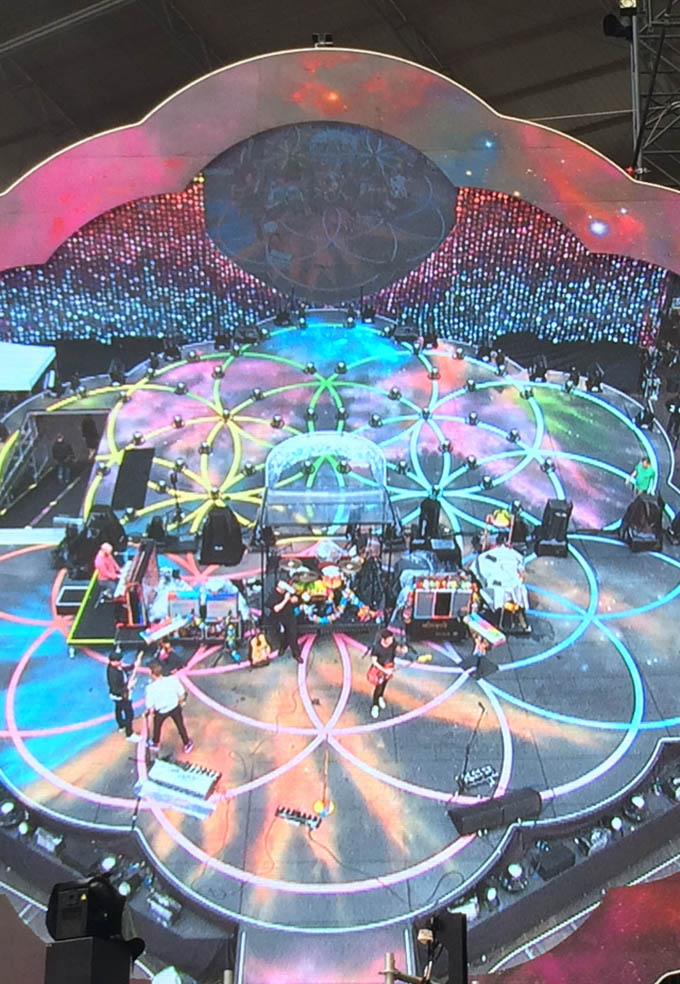 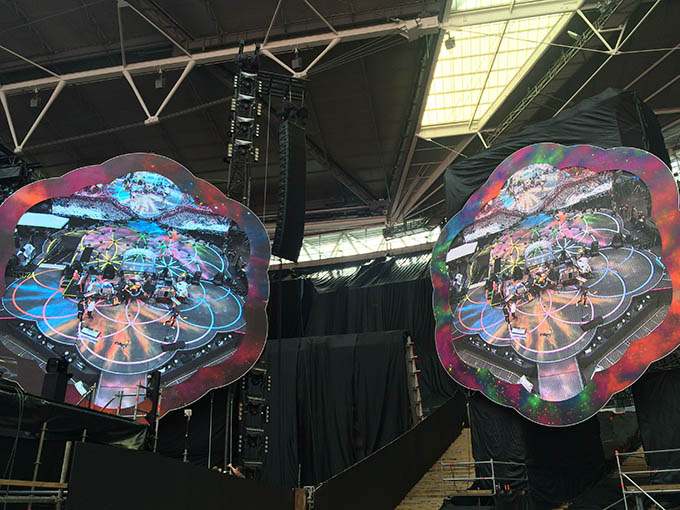 The Client
Coldplay are a British rock band of international renown.

The Challenge
Coldplay were looking for a way to recreate the band’s distinctive album cover on the stage deck for their world tour. As well as creating the same explosion of colour as the album, Coldplay needed a floor surface that was non-slip, met all fire & safety specifications, and was quick and easy to lift, transport and re-install. The normal solution for a branded stage deck is vinyl with a clear anti-slip top layer but this is extremely complicated to install and does not lend itself to the rigours and quick turnarounds demanded of a world tour.

The Solution
Dominion suggested a bespoke carpet with a rubber, anti-slip backing. Split into five sections, the carpet would be easy to roll up and re-lay as well as simple to transport. We tested a felt weave carpet, giving Coldplay an anti-slip top surface to move around freely on, and they loved it. The final carpet can be cleaned with a mild detergent, requires no seaming, and its non-reflective surface gives the added bonus of being camera-friendly. Although initially more expensive to produce than vinyl, unlike vinyl it can be used more than once, making it cost effective.

The Impact
Coldplay got the distinctive explosion of colour they wanted for their world tour stage deck. Riggers love it because it’s quick and easy to lift and install. It also saved significant stage-hand and transport costs, is far more durable and, unlike one-use-only vinyl, the same carpet can be re-used multiple times. Coldplay’s event management company ordered more for the US leg of the world tour. 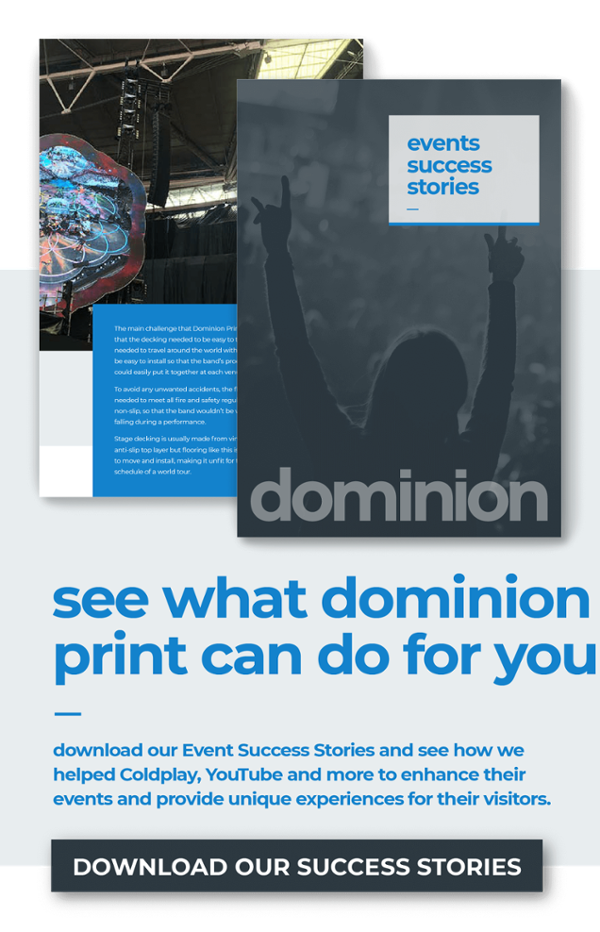