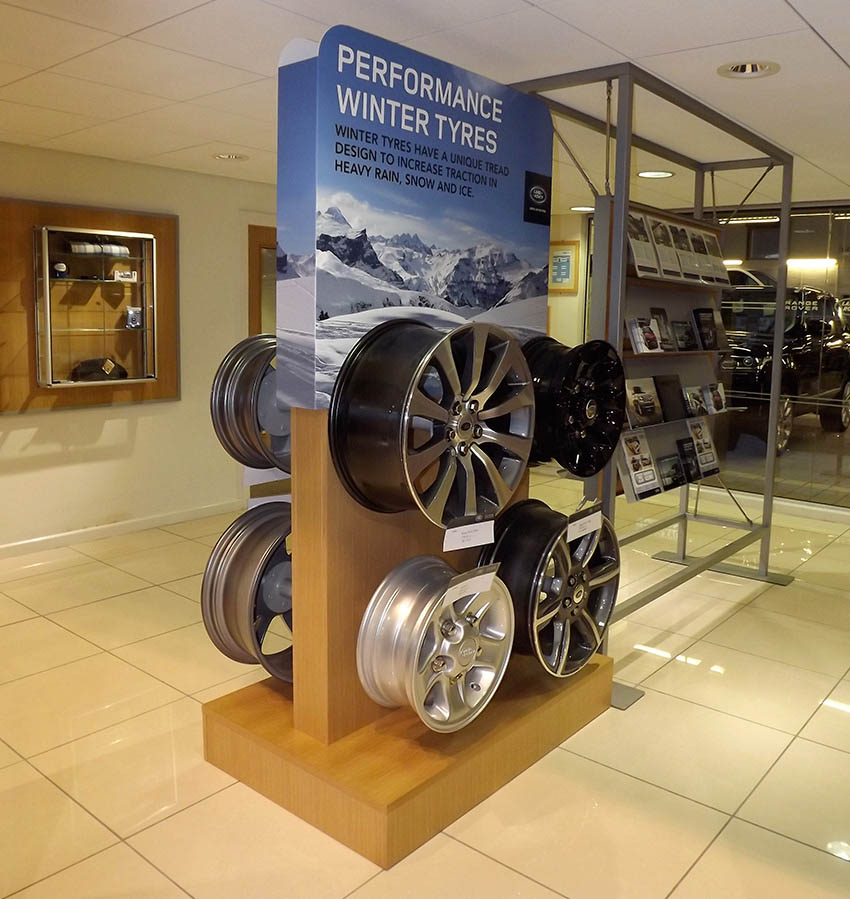 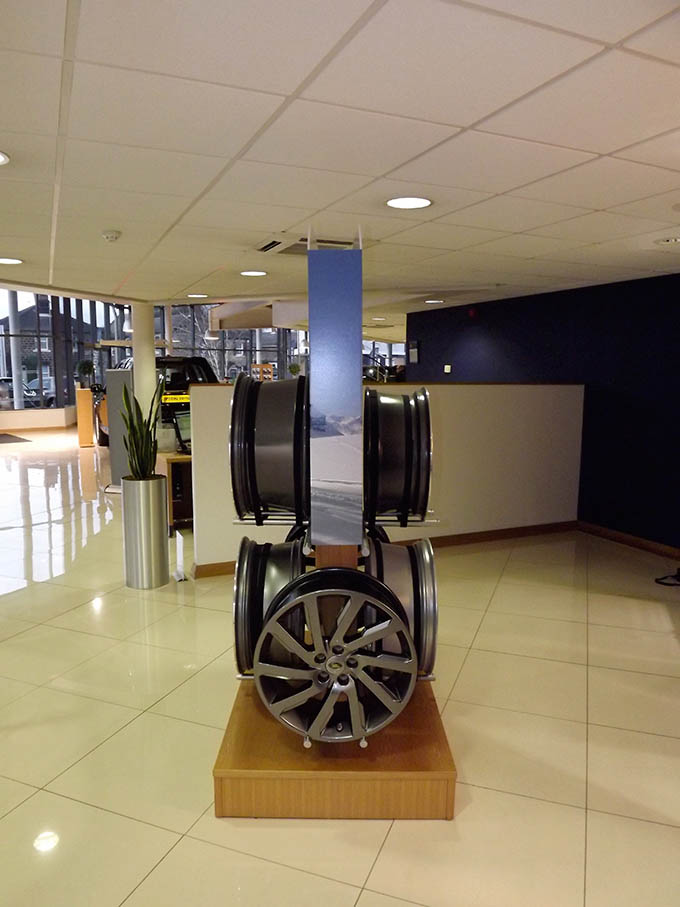 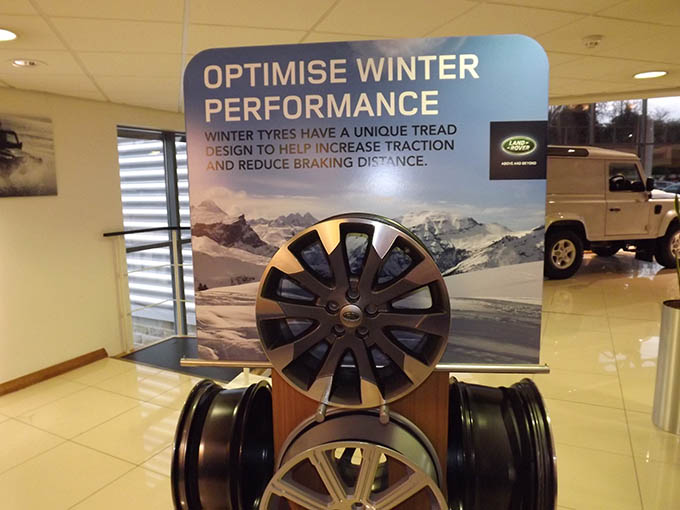 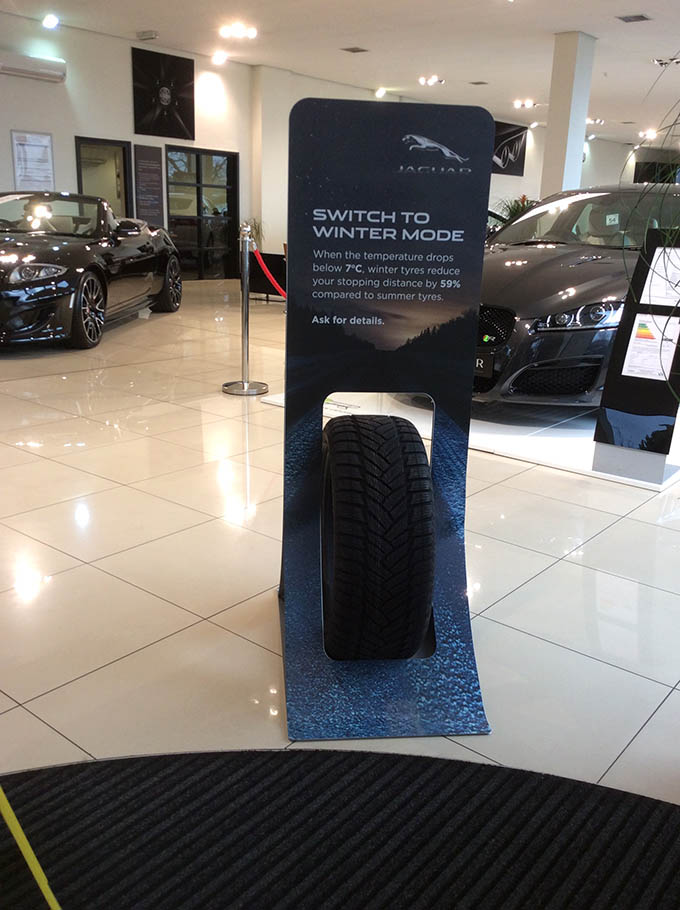 The Client
Jaguar Land Rover Limited is a British multinational automotive company which designs, develops, manufactures and sells vehicles. It is a subsidiary of Tata Motors (India), which acquired the separate Jaguar and Land Rover businesses – each with long histories going back to the 1940’s – in 2008.

The Challenge
Jaguar Land Rover needed a display stand to promote its winter tyres but they did not have a clear brief. They had no predetermined idea of what the stand might look like, only that it had to incorporate a real tyre rather than simply pictures. They were working to a tight timescale to roll out the finished product to 200 showrooms nationwide.

The Solution
Dominion quickly ascertained the project brief by asking the client appropriate questions about where the stand would be positioned in showrooms, how visible the tyres were to be, and what they hoped the stand would achieve for sales and so on. Having pin-pointed the brief, we designed and built a selection of prototypes, using a powder steel company to build the frames. The chosen design consists of magnetic graphics stuck to either side of a steel structure. Each graphic has a hole in which a winter tyre is positioned, enabling the tyre to be seen and touched from either side of the display. The additional benefit is the ability to update the display easily with new, affordable magnetic graphics without having to alter the integral steel structure.

The Impact
Jaguar Land Rover immediately commissioned this display stand for all 200 showrooms nationwide and have continued to use the same stand ever since, replacing the promotions graphics when required. 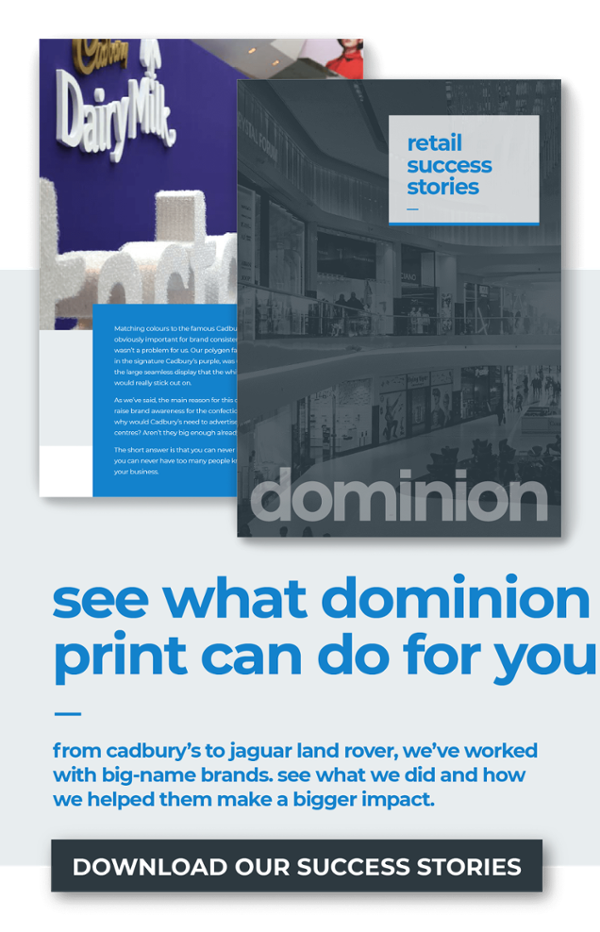