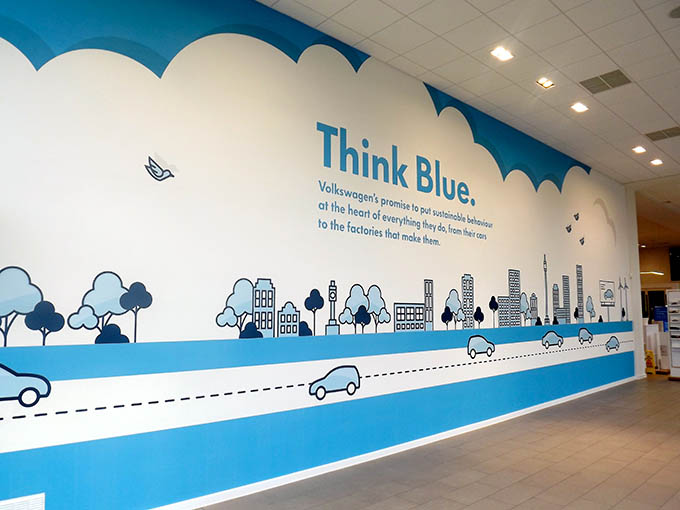 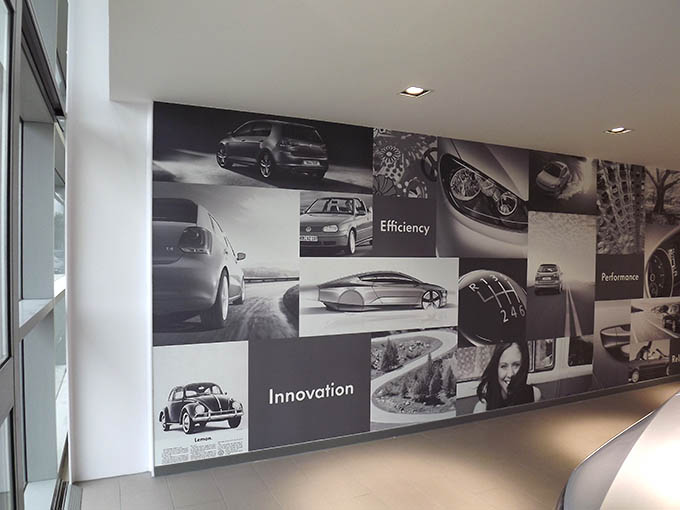 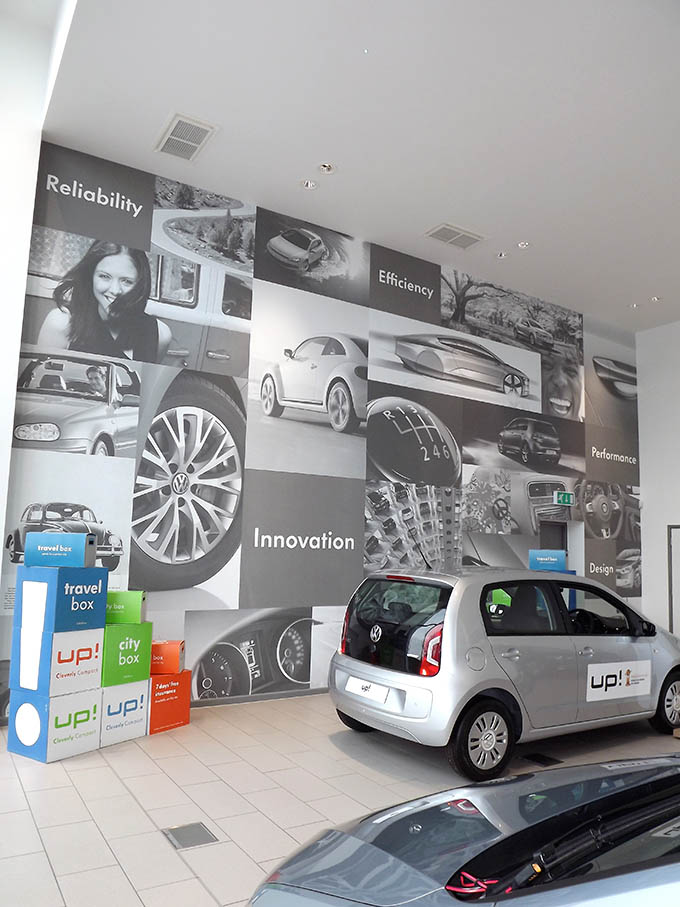 The Client
As part of the Volkswagen Group, Volkswagen UK is one of the country’s largest importers of vehicles; employing nearly 600 people nationwide.

The Challenge
Volkswagen wanted to decommission a ‘media zone’ within 98 UK showrooms. Each media zone consisted of an old Cathay ray tube television which was an integral part of a wall-mounted structure. In each case, they wanted to remove the television, fill in the remaining hole and install a removable wall-mounted graphic in its place. The cost of removing and disposing of the televisions responsibly and then making good the walls would be expensive and Volkswagen was looking for a cost-effective solution to the new graphic.

The Solution
Dominion proposed building a lightweight Tensionpix aluminium frame, big enough to cover each entire media zone television structure. Once the frames were in situ, printed fabric displays were then stretched over them to create instant impact. It was not necessary to remove the old televisions at all and their new display fabric is not only light and washable, it is also quickly and simply replicable.

The Impact
Volkswagen acquired the quick and affordable display mechanism they wanted and Dominion’s solution also saved them considerable money by eradicating the need to dismantle the existing media zones.